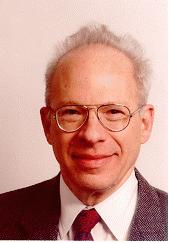 He has made contributions in the design of nuclear weapons, in instruments and electronics for research in nuclear and low-temperature physics, in the establishment of the nonconservation of parity and the demonstration of some of its striking consequences, in computer elements and systems, including superconducting devices, in communication systems, in the behavior of solid helium, in the detection of gravitational radiation, and in military technology. He has published more than 500 papers and been granted 47 U.S. patents. He has testified to many Congressional committees on matters involving national security, transportation, energy policy and technology, and the like. He is coauthor of many books, among them Nuclear Weapons and World Politics (1977), Nuclear Power Issues and Choices (1977), Energy: The Next Twenty Years (1979), Science Advice to the President (1980), Managing the Plutonium Surplus: Applications and Technical Options (1994), Feux Follets et Champignons Nucleaires (1997) (in French with Georges Charpak), Megawatts and Megatons: A Turning Point in the Nuclear Age? (2001) (with Georges Charpak), and "De Tchernobyl en tchernobyls," (with Georges Charpak and Venance Journe) (2005).

The citation accompanying his 1978 election to the U.S. National Academy of Engineering reads "Contributions applying the latest scientific discoveries to innovative practical engineering applications contributing to national security and economic growth." He received the 1983 Wright Prize for interdisciplinary scientific achievement, the 1988 AAAS Scientific Freedom and Responsibility Award, the 1991 Erice "Science for Peace" Prize, from the U.S. Government the 1996 R.V. Jones Foreign Intelligence Award and the 1996 Enrico Fermi Award, the Federation of American Scientists: Public Service Award 1971 and 1997, University of Chicago Enrico Fermi Institute and Departments of Physics and Astronomy: Public Service Medal (2002), Case Alumni Association: Gold Medal (2002), Academie des Sciences (France): La Grande Medaille de l'Academie des Sciences-2002, and Fellow of the IEEE (November 2003) "for contributions to the application of engineering to national defense." In 2003 he received from the President the National Medal of Science, and in 2016 President Obama awarded him the Presidential Medal of Freedom, with the citation, "Richard Garwin is a polymath physicist who earned a Ph.D. under Enrico Fermi at age 21 and subsequently made pioneering contributions to U.S. defense and intelligence technologies, low-temperature and nuclear physics, detection of gravitational radiation, magnetic resonance imaging (MRI), computer systems, laser printing, and nuclear arms control and nonproliferation. He directed Applied Research at IBM's Thomas J. Watson Research Center and taught at the University of Chicago, Columbia University, and Harvard University. The author of 500 technical papers and a winner of the National Medal of Science, Garwin holds 47 U.S. patents, and has advised numerous administrations."

From 1977 to 1985 he was on the Council of the Institute for Strategic Studies (London), and during 1978 he chaired the Panel on Public Affairs of the American Physical Society. He is a long-time member of Pugwash and has served on the Pugwash Council.

His work for the government has included studies on antisubmarine warfare, new technologies in health care, sensor systems, military and civil aircraft, and satellite and strategic systems, from the point of view of improving such systems as well as assessing existing capabilities. For example, he contributed to the first U.S. photographic reconnaissance satellite program, CORONA, that returned 3 million feet of film from more than 100 successful flights 1960-1972. He contributed also to the current electro-optical imaging systems and various electronic intelligence satellite systems deployed by the U.S. government.

He has been a member of the Scientific Advisory Group to the Joint Strategic Target Planning Staff and was in 1998 a Commissioner on the 9-person "Rumsfeld" Commission to Assess the Ballistic Missile Threat to the United States. From 1993 to August 2001, he chaired the Arms Control and Nonproliferation Advisory Board of the Department of State. In 2000, on the 40th anniversary of the founding of the National Reconnaissance Office (NRO) he was recognized as one of the ten Founders of National Reconnaissance.

Since 2009 he has been a consultant to the Office of Science and Technology Policy in the Executive Offices of the President. In 2010 he was a consultant to Secretary of Energy Steve Chu on the Deep Water Horizon (BP) oil spill, and in 2011 he supported Secretary Chu again on the U.S. response to the damaged reactors at Fukushima Dai-ichi.